Tel Aviv student Iftach Gazit has designed food bags that can be added to the laundry cycle to cook dinner at the same time. The Sous La Vie bags, which were designed as part of Gazit’s Industrial Design course at Bezalel Academy of Arts and Design, rely on the sous-vide method of cooking. 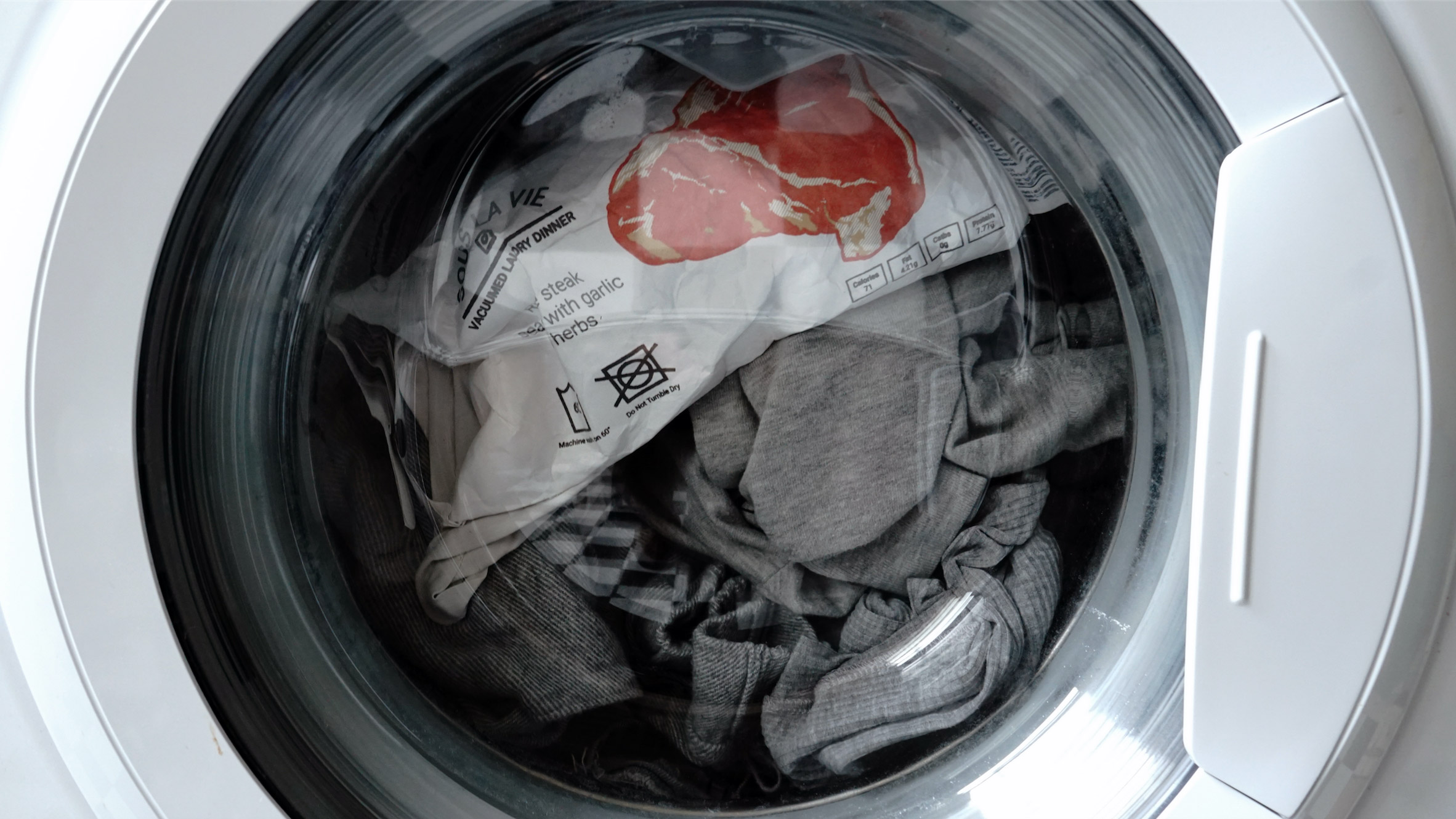 This immerses vacuum-sealed food in hot water over a long period of time, and ensures meals are evenly cooked and stay moist. Gazit’s bags are made from waterproof Tyvek paper, which keeps the food soap-free. 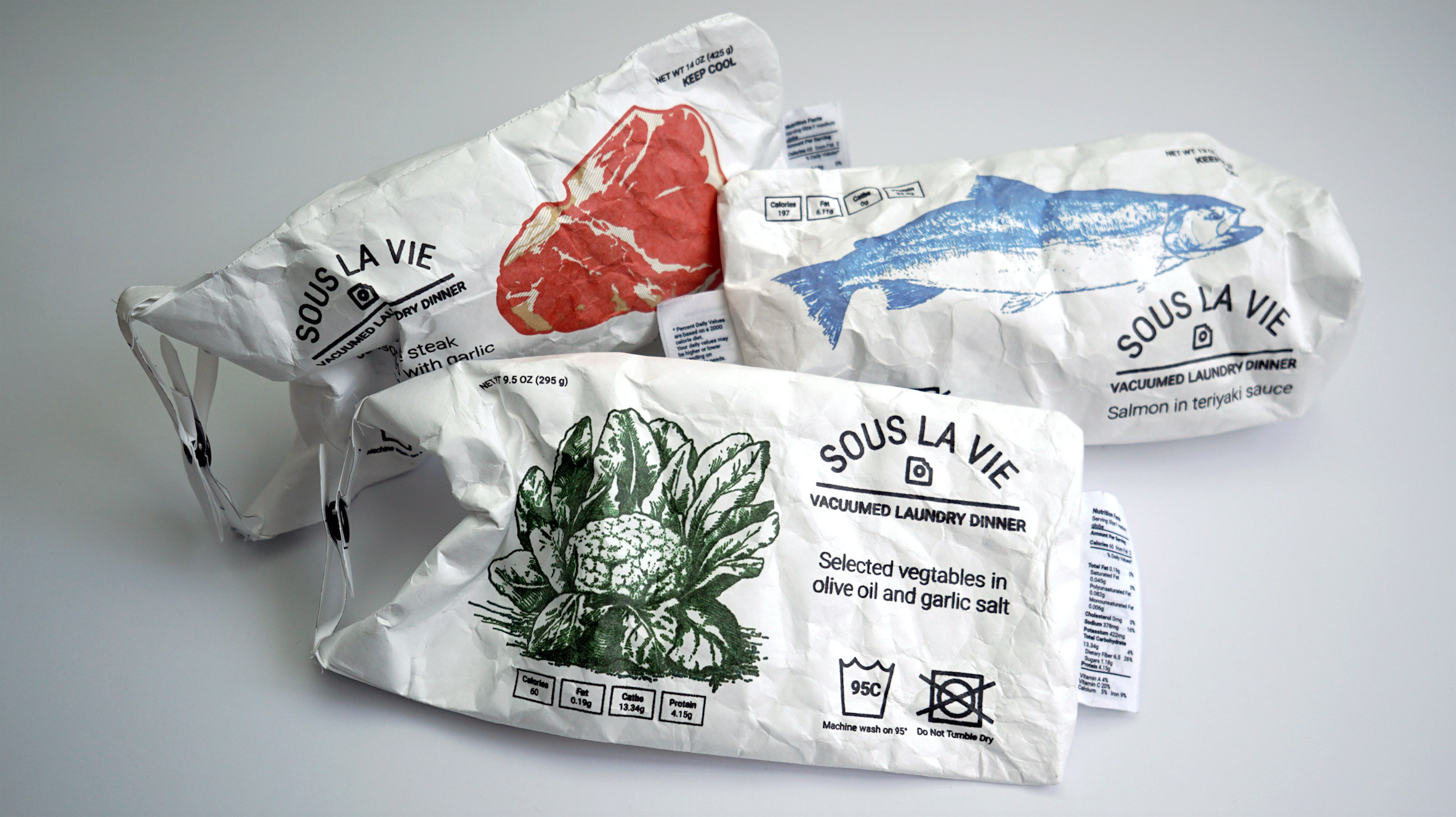 Cooking vegetables? Set your machine to ‘cotton’ for a short duration program.

Orange Sky Laundry, a mobile laundry service that services Brisbane’s homeless community, was founded in 2014 by Nic Marchesi and Lucas Patchett, both 21, to restore respect and raise health standards for the 300-odd people who sleep on Brisbane’s streets every night.

The mobile service has since expanded into different cities and has completed over 70,000 kilograms of washing and had 15,000 hours of conversations with Australia’s homeless community.

They “chucked two washing machines and two dryers in our old van” and got stuck into it, not realising until much later they had “stumbled on a world first”.

This year the two founders claimed the Young Australian of the Year title.

Staffed by 65 volunteers, their van appears daily in spots where homeless people already connect with services such as shelters, soup kitchens and Fremantle’s Street Doctor and washes up to 100 kilograms of clothes weekly.

The service is entirely volunteer-run. Each load costs about $6. To volunteer or donate visit the website.

ODO, a San Francisco-based apparel company, has developed a line of self-cleaning T-shirts and denim jeans that “never stink or stain”.

The ODO line, which was unveiled through a Kickstarter campaign, features denim jeans that come in a range of styles and a white cotton T-shirt.

The garments have two self-cleaning properties: Silver fibres woven into the cotton fabric help combat odours, and a coating on the surface of the fabric helps repel liquid.

There are multiple other companies at the moment in that field: Fantini of Denmark, Vardama’s Equa-Tek line, Mister French, and The Threadsmiths. ODO said its clothing is different because it is infused with silver fibres that destroy smelly bacteria.

New generations of clothing popping up everywhere, but im wondering whether these are good for sensitive skin… well, let’s see how popular they become! Yours, Fran

Washing clothes can be a tedious task. It requires upper-body strength and an iron will. That is why most of us get our clothes washed by a maid, or with the washing machine. But those who do not have the means to afford any of the former, need to carry their load of clothes to the nearby lake and beat them senseless on the rocks in order to get the stains out.

For Remya Jose, this was an opportunity to invent a feasible solution, and she did! She was 14 when she developed a washing machine which does not require electricity. She transformed an ordinary cycle by connecting it to a paddling system, into a ‘Exercycle’ which can be used to get laundry done, while keeping fit!