As you know, I give syrup workshops via Airbnb called “From Flowers to Syrup” once in a while. This time the European Flavor Association, short EFFA, has asked me to have an atelier at the Grasse Flavour Day 2018 in the South of France.

Because live cooking was not possible, I prepared 5 of my favorite syrups (cardamom, chili, orange blossom, smoked pepper and hibiscus) and the attendees of the conference could mix & match their own combination in a little empty bottle.

But before mixing your own bottle, you could try out the flavors on a wooden spoon. Of course, everyone wanted to create the nicest combination, which is always a pleasure to watch.

Additionally, next to my atelier was a great cocktail stand, where my syrups were used to spice up the cocktails. For instance: Gin Tonic with a touch of smoked pepper…. hmmm!

About 80 people from the entire flavor industry attended the conference. All of them could get a nice gift bag from In-Imitable with their own syrup mixture, a hand-written label saying which ingredients they used, and a leaflet mentioning ways how to use syrup.

Use it on your steak (instead of a cranberry sauce), or for your coffee (you probably heard about the new trend of lavender latte, that’s simply done with syrup), or on your ice-cream, fruit salad, cereals in the morning, smoothie, but also very nice in your salad dressing to give extra flavor! Just be creative!

In short, I had a great time, learned a lot, spread the love, and made people happy – what else do you want?!? Thanks to EFFA for the opportunity, and to IFF for sponsoring this!

Enjoy the rest of the week. Lots of love. Yours, Fran

This is a new cleansing product concept from LANEIGE, enriched with green tea and peppermint. Easy to use, its new format is especially convincing: a mild herbal cleansing tea bag containing real tea and cleansing powder in a tea bag.

You don’t need any cleansing oil, foam or foam nets. You can now cleanse your face with a simple tea bag.

Containing enzyme powder, it exfoliates excess keratin from skin surface. Here is how to use it:

Basically, we could do our own cleansing products at home as well! Let’s be a bit creative 😉

The new Aroma-Zone store welcomes its customers in a complete eco-designed environment made of copper, wood and wicker. The store counts 1.500 references, including around 200 essential oils from all around the world, ingredients dedicated to DIY cosmetics, and the ready-to-use skincare range.

There are also chemists, advisers, and digital search points to meet demands according to people’s needs.

The program of public and professional workshops, which take place in the training area, reinforce the customer intimacy. Each participant can prepare one or several recipes of natural, ultra-fresh skincare products in groups of 8 to 12 people.

There are two stores in Paris so far.

Lots of love! Yours, Fran

Bramsrum is a surprising innovation of the traditional spirits bottle. The BRUM bottle speeds up the aging process of the alcohol considerably and moves it from the distillers cellars to your living room.

Distillates, such as rum and whiskey, grow in quality by prolonged aging in oak casks. During this process, the wood gives off its flavor and the most volatile compounds evaporate through the wood, called: ‘The Angels’ Share’. It is the evaporation of this “angels’ share” which makes the beverage become softer and rounder. By replacing part of the bottle with a section of oak the BRUM bottle combines the best of both worlds: the benefits of a bottle and the aging qualities of a barrel. 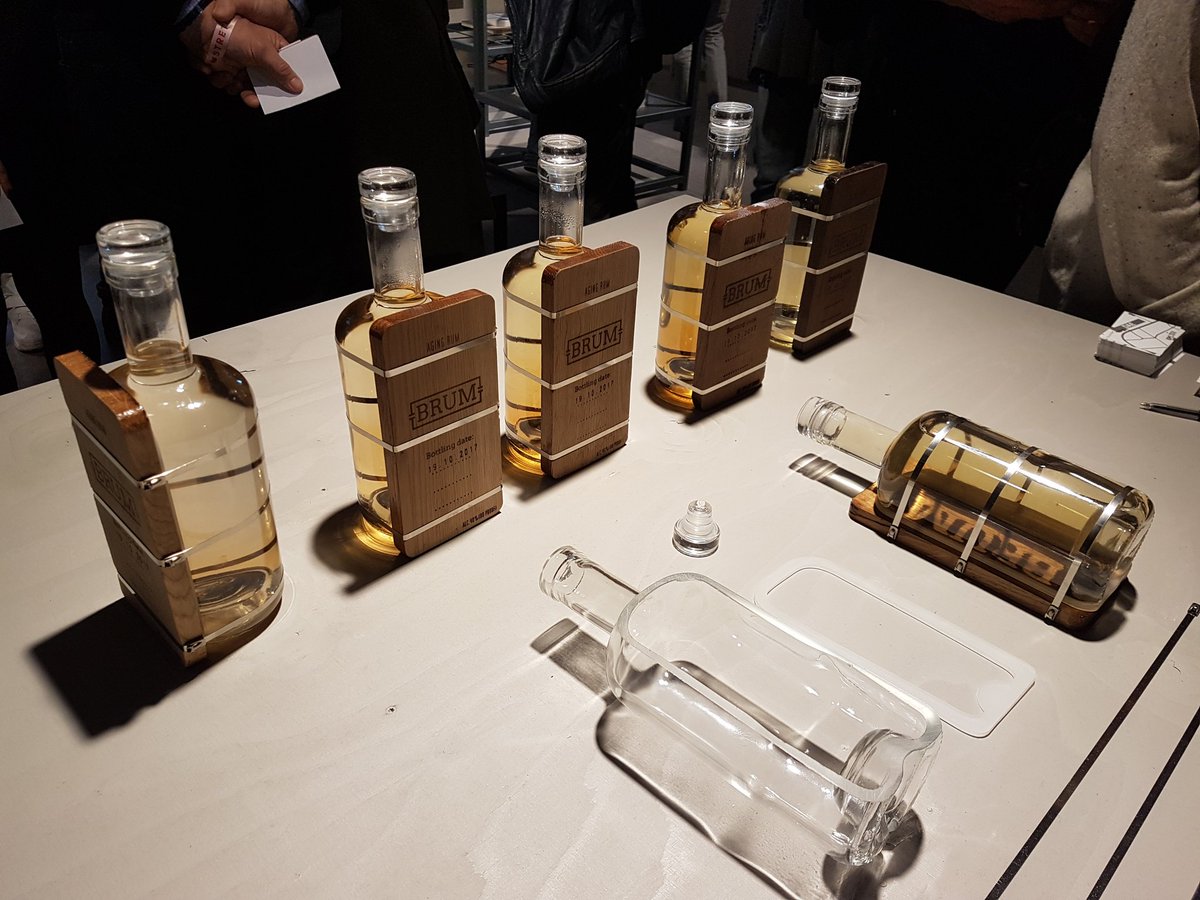 Another example of the DIY trend. Indeed, we can do it ourselves! Yours, Fran

I’m happy to tell you that nowadays I am offering workshops as well. It’s all about creativity with mixing scent & flavor.

Check out the Airbnb From Flowers to Syrup experience for instance.

For more options, just click the ‘Workshop‘ button on my blog.

The idea is to host groups for bachelor parties, team building events, or gift sets that you create for friends. Great Christmas present as well!

Let’s mix & match together! I’m happy to inspire you. Yours, Fran

Layering scents is wonderful and rewarding, but sometimes it would be great to be able to blend your own scent and just carry it around with you in a bottle.

Now you can.
The Demeter Blending Tool Kit includes:
• ONE Fragrance Funnel
• SIX Droppers
• ONE 1 oz Refillable Bottle with Pump, Cap and a Customizable Label
• BLENDING STRIPS for easy blending

Everything you need to blend and personalize your own fragrance, using Demeter single note scents as your palette.
All Demeter colognes are reusable, so they can be opened and the fragrances mixed in the Blending Bottle.

Express your scent-creativity the way you want! Lots of love from Romania. Yours, Fran

German design student May Kukula has created a Moroccan-inspired pot and a set of tools that enable users to “cook” their own bespoke scents.

To create smells, a mixture of ingredients is boiled in a porcelain bowl; simmered over a candle flame, the smell evaporates through a hole in the lid and emits a scent for fragrancing a room.

This is how it works:

Beautiful design and great natural approach! Loving it! Yours, Fran

See how it works in this clip:

The new luxurious hometainment device! Enjoy your week! Yours, Fran

The Blend contains 10 scented roller balls, each numbered and colour-coded, that can either be worn alone or mixed together to create thousands of customized scents.

The kit includes single-note fragrance oils, each one stored inside a convenient rollerball bottle for you to swipe on as you go. While the oils, ranging from clean and citrus to warm and spicy, are intoxicating on their own, the idea is to mix them together to create a scent (or several) that are unique to you alone.

But anyone who’s not so confident in their perfumer skills, need not worry—you’ll also be provided with recipes for 10 different scents to help get you started. So if you want to create “Morning Musk,” all you have to do is apply two swirls of Forest Patchouli on the skin, and then add five swirls of Clean Musk. Blend and voilà—you’re a master perfumer.

The Blend is available for $150 at sephora.com.

Let’s get ready for a crazy New Year’s Eve with scented sparkles! Yours, Fran

There are definitely strange new formats popping up, such as the hair conditioning cocktail from ORS. The range is called Shealicious and is made for curly hair.

Being inspired by yoghurts, the company claims that you can mix your fresh hair cocktail yourself. This could create more engagement and more transparency.