Now available on Apple Store and Google Play, “Active Beauty” is a new educative app launched by Givaudan that aims to help all the players in the cosmetics industry in decoding, understanding and mastering the skin and hair composition while explaining and showing the different interactions of active cosmetic ingredients into the skin or scalp.

The app is the result of the collaboration between cellular biology experts, scientific communication specialists and digital application designers. It aims to offer an immersive beauty experience, a 360° virtual reality inspiring and educative discovery journey. Created in both 2D and 3D, the application shows the intimate structure of the human skin and hair with rich and detailed explanations. 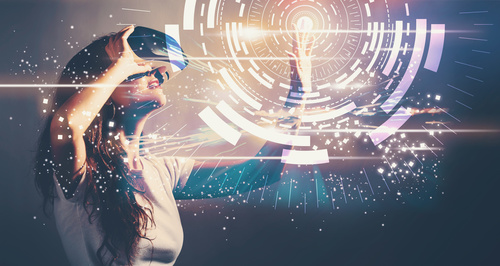 Just another example of the digital innovation that opens new ways of communicating and sharing with customers. Well done!

If you love the smell of a new Mac, you can now buy it.

Twelve South is a company that designs accessories exclusively for Apple products. It sells things like iPhone cases and iPad covers, and now apparently sells scented candles. The Independent reports that the “New Mac Soy Candle” burns for up to 55 hours, effusing the fragrance of a newly opened Mac laptop.

Twelve South says that the scent was created using hints of mint, peach, basil, lavender, mandarin, and sage. It costs $24, is made completely from soy wax, and is hand poured in Charleston, South Carolina. Within just two hours after going on sale, the hundreds of New Mac Soy Candles that had been in stock sold out.

“We’re like a team of Mac nerds here. Something that starts as a joke can very easily become a product,” Twelve South co-founder Andrew Green said. “It’s an idea that’s clearly struck a nerve, so we’ll make more.”

Slightly weird… but marketing is doing a great job here! Yours, Fran